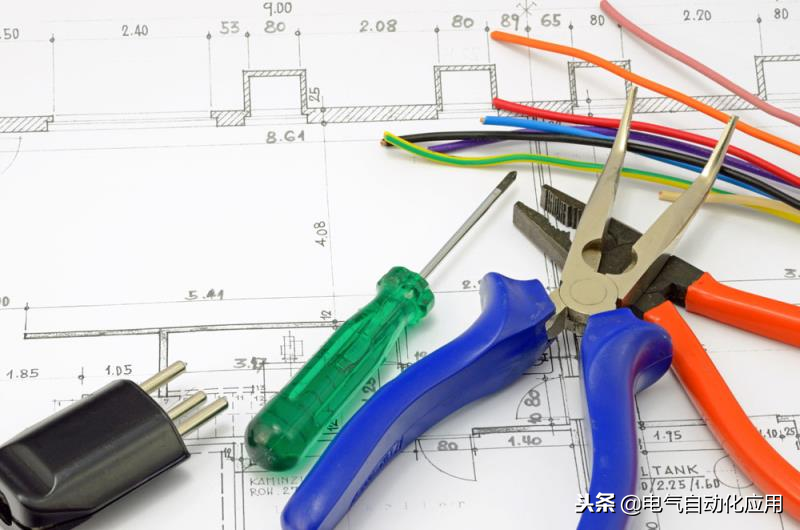 Low-voltage electric test pen is also called test pen or electric pen. Its structure is shown in Figure 1-1. There are usually two types: pen type and screwdriver type. It is a common tool used to detect whether low-voltage lines and electrical equipment are live. The range is 60-500V. It is composed of a pen tip, a voltage reducing resistor, a neon tube, a spring, and a pen holding metal body. During detection, the neon tube lights up to indicate that the object under test is charged.

The use method and precautions of low-voltage electroscope are as follows.

① Hold the pen correctly, your fingers (or a certain part) should touch the metal body (pen type) or the screw (screwdriver type) on the top of the test pen, as shown in Figure 1-2. Prevent the metal body of the pen tip from touching the skin to avoid electric shock.

Figure 1-2 How to hold the low-voltage electroscope

②Check whether the electric pen can emit light normally on a live conductor before use.

③Should be protected from light for detection and the glow of the clear neon tube should be used.

④Although the metal probe of the electric pen is the same as the screwdriver, it can only withstand a small torque, so be careful to prevent damage when using it.

⑤The pen must not be damp, disassembled or subjected to severe vibration at will to ensure the reliability of the test.

In addition to checking whether low-voltage electrical equipment or lines are live, the electroscope can also be used to:

① Judge the voltage level. During the test, the high voltage can be judged according to the intensity of the neon tube's luminescence.

② Distinguish the phase line and the neutral line. In the AC circuit, when the test pen touches the wire, the neon tube glows the phase line. Under normal circumstances, it will not emit light when it touches the zero line.

⑤ Determine whether the phase line is bumped. Touch the housing of electrical equipment such as motors and transformers with a test pen. If the neon tube glows, it indicates that the phase line of the equipment is bumping. Because if there is a good grounding device on the shell, the neon tube will not emit light.

Since the resistance value of the step-down resistor in the test pencil is very large, the current flowing through the human body during the test is very weak, which is a safe current and will not pose a danger to the user.

Wire pliers, also known as wire pliers and vise, are a kind of pliers and cutting tools. They are commonly used to cut, clamp or bend wires, pull and strip wire insulation, and tighten and loosen screws. Generally, a knife edge is used to cut the wire, a side edge is used to cut the steel wire, a tooth opening for a fastening nut, and a jaw for bending the wire. The structure and use are shown in Figure 1-3. The commonly used specifications are 150mm, 175mm and 200mm.

Figure 1-3 The structure and use of wire cutters

Use of wire cutters and matters needing attention:

① The clamp handle must have good protection and insulation, otherwise it cannot be operated with electricity.

②When using, make sure that the jaws face the inside to facilitate the control of the cutting position.

③When cutting a live conductor, it must be done individually to avoid short-circuit accidents.

④ The clamp head cannot be used as a hammer to avoid deformation. The shaft and pin of the clamp head should be lubricated with engine oil frequently.

The needle-nose pliers have a thin head and are suitable for operation in small spaces. The knife edge is used to cut small wires, wires, etc., and the clamp head is used to clamp smaller screws, washers, wires and bend the ends of the wires into the desired shape. Its appearance is shown in Figure 1-4. Its specifications are divided into four types: 130mm, 160mm, 180mm and 200mm according to the total length. The handle of electrician's needle-nose pliers is covered with an insulating sleeve with a withstand voltage of 500V.

Wire strippers are used to strip the insulation layer of plastic or rubber insulated wires with a diameter of 3mm (cross-sectional area 6mm2). The jaws have more than 0.5-3mm diameter incisions to adapt to different specifications of core stripping. Its appearance is shown in Figure 1-5. Its specifications are expressed in terms of full length, with 140mm and 180mm commonly used. The handle of the wire stripper is covered with an insulating sleeve with a withstand voltage of 500V.

Note when using: The wire must be cut on a cut larger than the core wire diameter to avoid cutting the core wire.

①The insulating handle on the screwdriver should be well insulated to avoid electric shock accidents.

Figure 1-7 Use of screwdriver

④ When using, make the head of the screwdriver tighten the screw notch to prevent slipping and damage the notch.

①The knife edge of an electrician's knife often has an arc-shaped edge on one side. When cutting the wire insulation, the knife can be slightly tilted inward, and the rounded corner of the knife edge is against the core, and the knife is pushed out. In this way, the knife edge will not damage the core wire and prevent the operator from being injured.

③The handle of the electrician's knife is not insulated, so it is strictly prohibited to use it on live objects.

The adjustable wrench is a special tool used to tighten or loosen nuts. Its structure is shown in Figure 1-9. Commonly used are 150mm, 200mm, 250mm and 300mm.

②Hold the wrench and apply force, as shown in Figure 1-10. When pulling the small nut, the finger can adjust the worm wheel at any time to tighten the movable lip to prevent slipping.

④The adjustable wrench cannot be used as a crowbar or hammer.

② Torx wrench. Double-headed form, the working part is a closed circle, and 12 teeth that can be matched with hexagonal screws or nuts are distributed in the closed circle. The specifications are the same as the double-ended wrench.

④ Socket wrench. It is composed of a set of different sizes of plum blossom socket heads and some accessories, which can be used in occasions where it is difficult for ordinary wrenches to access screws and nuts.